TO SELL OR NOT TO SELL – THAT IS THE QUESTION

Technological advances in drilling and fracturing provided for the awakening of a giant in the Horizontal Mississippian Play of northwest Oklahoma and southern Kansas.  Early in the game anticipation of profit encouraged the arrival of multiple exploration and production companies, service entities and an invasion of landmen that would soon be followed by the immense workforce of oilfield labor needed to extract valuable assets from beneath the landscape.

Now, in the second year of the play with close to 400 horizontal wells completed and production numbers impressing the industry, we are repeatedly asked the question “at what price should I sell my minerals”?  Of course, most inquiries were prompted due to multiple letters received by farmers & ranchers in my area from investors making offers to purchase minerals at prices that were previously unheard of.  So, to address the issue and hopefully provoke some thought I’ll offer my 2 cents on the subject and welcome any opinions or additional insight from others that care to respond.

A traditionally accepted practice in valuing non-producing mineral is to use a (2 to 3 times) multiple of average lease bonus prices.  The theory has worked well for quite some time and may still hold true today in an area with mostly consistent lease terms.  The merits of this theory are greatly diminished in our area, where lease terms are not the least bit consistent.

Information is the key to finding answers to our questions and fortunately for us Sandridge Energy (SD) has been open to publically disclose information pertaining to the Horizontal Mississippian (Hz MS) Play.  Their investor presentations offer a wealth of knowledge when studying the trend including cost analysis projections and well performance flow rates over their first 119 H-wells drilled. With close to 200 H- wells completed, SD accounts for approximately half of the total H-wells from all companies drilling this formation to date.  Through a couple joint ventures SD has managed to not only cover their needed funding for 2012 drilling but has also proven additional value to their “undeveloped” leasehold acreage.  Additionally, these JV’s along with a couple trust IPO’s have given credibility to the Hz MS Play and somewhat relieved previous questions of market value as to whether the assets were overstated.

While attempting to judge value for non-producing minerals, it is understandable that one would speculate on multiple aspects such as expected well performance, commodity values, life expectancy of a well, decline curves, anticipated number of wells per unit and many other unknowns.  Please recognize that the “unknowns” far outweigh the “givens” in this equation, which is sure to prove me wrong on many levels in the future.

For the purpose of speculation on commodity prices we use $90/bbl oil and $4/mcf gas.  The question as to the complete life expectancy of the Hz MS well we leave unanswered and instead address the decline curve.  The industry tells us the decline of a Hz MS well should be similar to that of the Vertical Mississippian Well.  While the vertical has proven production over the past 3 to 4 decades on thousands of wells in our area, the horizontal has only been in use over the past couple years producing from this formation.  Our figures represent a 56% initial decline in production as an acceptable level, however it is important to understand there are some in the industry that believe a 75% decline will prove to be more accurate.  We expect the proven decline will be an “average made up of extremes”, much like the weather in Oklahoma.  Our outline also addresses the impact of multiple wells per unit.

Given that information on actual production declines are speculative at best, I’ll aim to find value based mostly on well performance and oil & gas prices.  It is important to understand that the industry states production in “barrel of oil equivalent per day” (Boepd), which is a combination of oil and gas together.  The problem with this equation is that gas production is stated at a 6 to 1 ratio in comparison to oil, which I’m told is the industry standard and accepted by the SEC.  The actual market comparison is closer to 25 to 1 (based on $4 gas and $100 oil).  We would rather they state production separately in “barrel of oil per day” (BOPD) for the oil and “thousand cubic feet per day” (Mcf/d) for the gas.

Before multiplying the well performance (production) by the commodity price we have to first correct the equation by separating the oil from the gas and give each one its own value based on realistic commodity prices.  The next question that arises is what percentages of the Boepd do we give to oil prices and what percentage to gas.  The best information we can find on this date comes once again from SandRidge Energy’s investor presentations which tell us the Mississippian Play shows a 52% oil cut and a 48% gas cut.  Keep in mind the theory is that the gas cut increases with a westerly trend and declines with an easterly trend.  Since the 200 H-wells drilled by SD to date are mostly in what is believed to be the “heart” of the Play (for the time being) we’ll use their 52 to 48 percentages for oil & gas respectively.

The average well performance numbers over SD’s first 37 H-wells shows a 244 Boepd average.  The latest information from their December 6, 2011 presentation shows increased well performance to a 308 Boepd average over 119 wells, which may tell us that SD’s is learning as they go and getting better at optimizing production through drilling and completion.  For our projections we will use 300 Boepd for well performance, $90 for oil and $4 for natural gas, then discount value for a 7% gross production tax.

Projected annual revenue based solely on initial well performance is sure to disappoint due to steep decline rates in production.  For this reason we will further discount value by a 56% decline curve on production after the first year.

Note:  Projections above represent only one well per unit.

When comparing value from production revenue to value from the proceeds of an out-right sell, contrasting issues of tax liability must also be addressed.  Unless the party receiving the income has a non-taxable status, income projections must further be reduced to arrive at a tangible “after-tax” value.  An Oklahoma resident in a 35% tax bracket realizes only 65% of the income shown above as a tangible value.  An Oklahoma resident selling minerals (that were acquired at least one year prior) would qualify for a federal capital gain rate of 15%, realizing a tangible value of at least 85% and in most cases more than 85% because the 15% federal tax is associated only with the “gain” rather than the entire proceeds from the sale.  The “time value” of receiving the proceeds from a mineral sale should also be taken into consideration and measured against a discounted value for production income over an extended term.

Here’s another idea that may be a bit unconventional, however has its own merits when attempting to find value.  Instead of asking what minerals are worth based on the projected income, let’s figure the opportunity cost incurred by the operator for not having them.  By doing this we more or less remove the speculative aspects as to well performance, commodity prices, production decline and life expectancy of the well; and simply use the industry’s expense projections to arrive at value… or cost to the operator, depending on which side of the equation you’re on.

Using cost numbers from Sandridge Energy’s Investor Presentations we figure the working interest (WI) investment required per well including completed well cost and lease operating expense (LOE) over the life of lease for an equivalent net revenue interest of 1 acre.

Therefore working interest capital required over the life of a unit to obtain an equivalent net revenue interest of one mineral acre leased on a 1/5th royalty are as follows:

Therefore working interest capital required over the life of a unit to obtain an equivalent net revenue interest of one mineral acre leased on a 3/16th royalty are as follows:

The information provided herein is based on a single geological formation and does not take into account the other “stacked” formations associated with minerals in our area.  There are multiple formations throughout Oklahoma and Kansas that are likely to produce over the long-term.  The new technology that created this “boom” in the Mississippian Play has the potential to do the same to other existing formations.

Following up on the answer to the original question, “at what price should I sell my minerals” … I’m still working on that one and will likely be at it for quite some time.

The Information contained herein is offered only as the author’s opinion and is not to be construed as giving legal advice nor tax advice.  All information is taken from sources believed reliable; however, no guarantee is made by the author.

To find out more about our Oil & Gas Services, click HERE 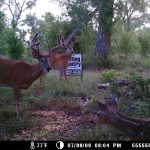